With Lucille Ball signed on as one of the Goldwyn Girls, Roman Scandals was one of United Artists' biggest musical extravaganzas of 1933. As one of the Goldwyn Girls, Lucy was loaned out to play in many bit parts, including Moulin Rouge, and Broadway Through a Keyhole. Sometimes she didn't even know what the movie was about, who was in it or even the title of the movie.

With brief walk-on parts as in Nana and The Bowery, Lucy burned to get into some real acting, so when she was offered a stock contract at Columbia she jumped at the chance. She took the slapstick parts the other starlets spurned. Columbia soon canceled the contract due to cutbacks, but almost immediately, Lucy got her first memorable role with RKO in Roberta.

It was during the filming of this movie, that Lucy met Lela Rogers, mother of Ginger Rogers who was playing in the film. It was Lela that taught Ginger Rogers everything she knew. Lela now took Lucy under her wing. She knew Lucy would be great at comedy and soon she became a part of a small intimate group centered around Ginger. Lela taught Lucy how to treat agents and bosses and how to act and look like a star.

Lela managed to get Lucy her first speaking role in Top Hat. Her next movie was Follow the Fleet followed by a second lead role in That Girl from Paris. On the set Lucy clowned around continually. Edward Sedgwick, a famous comedy director who coached Buster Keaton and Jack Haley commented to Lucy that she could be one of the greatest comediennes in the business. He taught Lucy many comedy techniques, the double take and the eye-rolling bit and how to handle props.

As Lucy's final tour with Lela's theater, she got Lucy a speaking part in Stage Door. It was Lucy's first standout part which lead to her next big movie, Having a Wonderful Time, which became a hit at Radio City and for the first time, Lucy was mentioned in the New York movie reviews.

While at RKO, Lucy became known as "Queen of the B's", the first B picture being Next Time I Marry. She was next cast in the Annabel series The Affairs of Annabel and Annabel Takes a Tour. In the Spring of 1939, she was offered a small dramatic role in Five Came Back. This film gave Lucy her much-needed boost and soon she was being groomed for A type films and stardom. While reviewing the Broadway hit, Too Many Girls, back in New York for RKO, which had the movie rights, Lucy first layed her eyes on a bright new Cuban star, Desi Arnaz. She was mesmerized by his appearance.

Back in Hollywood, Lucy played a co-starring role with Maureen O'Hara in Dance Girl Dance. It was during the filming of this movie at a preproduction lunch for the new cast of Too Many Girls that Lucy finally met Desi. It was love at first sight! Lucy and Desi were married by the Justice of the Peace at the Byram River Beagle Club in New York during a break from Lucy's film A Girl, a Guy, and a Gob.

It was at the end of Lucy's RKO Career, that she played her biggest hit film, The Big Street. In 1942, she decided to leave the financially beleagured RKO for MGM. They changed her appearance and although she had been a redhead at RKO, they dyed her hair a lighter, more vibrant shade for Technicolor, "Tango Red". They also changed the style from long and loose to up and lacquered, setting the stage for the "Lucy Look" that would follow her the remainder of her life.

Lucy's first film with MGM was Du Barry Was a Lady with Red Skelton, followed by Best Foot Forward. During World War II, Lucy was rushed from one extravagant musical to the next. With Desi's long absences and her movie career seemingly stalled at MGM as it had been at RKO, she was being loaned out to 20th Century Fox and starred in The Dark Corner. Lucy soon left MGM and upon suggestions freelanced until she landed a contract with Columbia Pictures.

With Columbia, she starred with Bob Hope in Sorrowful Jones and Fancy Pants. But while making The Fuller Brush Girl, Lucy began wondering how much she wanted to play that Ball role. Like many of her colleagues, She had already cast a speculative eye toward radio and that it interfered less with a normal home life.

The movie industry was in a panic, budgets were being cut, movie theaters were being closed, as customers went elsewhere or stayed home with the radio and a new threat, television. 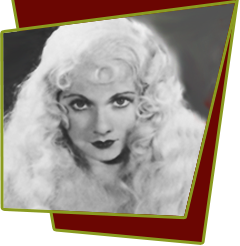