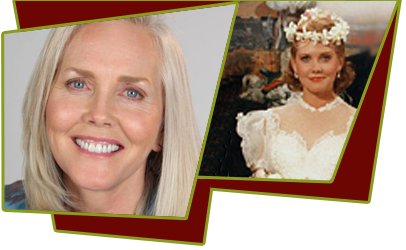 Ann, born in Tucson, Arizona, has spent virtually her entire career on television. She began receiving roles of substance in the late 1970s in such TV-movie projects as The Possessed (1977). In 1978, Ann was cast as Amy March in the TV-movie version of Little Women, which eventually became a weekly offering. Ann Dusenberry's series-TV roles include the roles of Molly Nicholas Tanner on The Family Tree (1983).

Dusenberry studied theater arts for four years, first at the University of Arizona, then Occidental College. She got her first role by circulating her resume and photograph within the Universal Studios offices using internal envelopes obtained by her boyfriend, a truck driver for Universal. She signed a seven year contract with Universal.