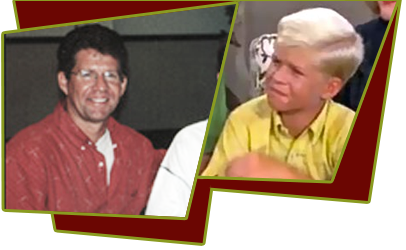 Best known for playing Sherman Bagley, Vivian's son on The Lucy Show during the first format of the show from 1962 through 1965. Born Ralph William Hart, he was only 10 years old when he starred on the show and appeared in the first 44 episodes. During his time on The Lucy Show, he also appeared in several small roles including one for The Outer Limits in Soldier as Loren Kagan in 1964. After his role on The Lucy Show, his only other TV appearance has been on several episodes of My Three Sons playing Kerwin in "Happy Birthday World" (1966) and & "Ernie's Crowd" (1967).

He disappeared from the entertainment scene after My Three Sons, apparently to live a 'normal' life. He hasn't even been involved with the big Lucy Fest in Jamestown every August - except for once when a committee of people searched him out to be on a panel in 2008. Other then that, he seems not to be interested in his past or his connection to Lucille Ball.

He is currently a hydro-geologist living in California.