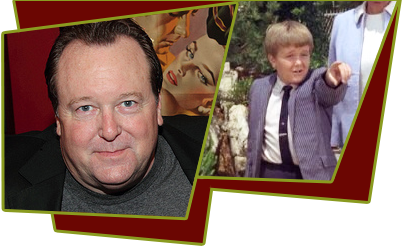 Jimmy Garrett was best known for playing Jerry Carmichael, Lucille Ball's son on The Lucy Show. He was born on September 23, 1954 in Los Angeles, California, as James Coleman Garrett. He starred in the series during the first format of the show from 1962-65 before being written out when Vivian Vance left the series and the show's locale switched to California.

Garrett was only eight when he appeared on The Lucy Show but he had been working in the entertainment industry since he was nine months old. His first commercial was in 1956 for a Bell Telephone. His first acting job was in "Playhouse 90" in 1959. When his mother heard that Lucille Ball was casting children for her new sitcom, she immediately had Garret try out for the audition.

The children were written out of The Lucy Show in the fall of 1965. Garrett's character went off to military school, Candy Moore's went off to college and Ralph Hart's character moved with his mother Vivian when she remarried. But unlike other child performers, Garrett had no problem adapting to life without television. He attributes this to a good family life as his parents did not push him into entertainment.

Most recently, Garrett was one of the production accountants for Smith and Weed Productions who produce sports shows and other game shows. He resides in Los Angeles, California where he was born.