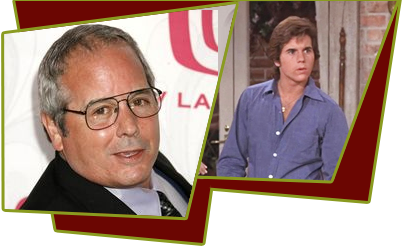 Born Desiderio Alberto Arnaz IV in Los Angeles, California, he appeared on the first cover of TV Guide (April 1953) with mother Lucille Ball. No baby could possibly live up to the hoopla surrounding his birth. Timed to coincide with the onscreen television birth of Little Ricky on his parents' TV sitcom, I Love Lucy, Desi's entry into the world made front page headlines throughout the U.S. and the world. After all the publicity died down, it is no wonder that Desi waited almost twelve years before becoming an independently wealthy rock star on his own.

His group, Dino, Desi, and Billy (also featuring Dean Martin Jr. and Billy Henshe) propelled Desi into the world of 1960s bigtime show business. The youngsters had several hit records, and appeared on the biggest television variety shows. By the time he was fifteen, Desi was a show business veteran. Unfortunately, he became a star just as the sex and drugs revolution of the 1960s began in earnest.

In 1968, he was cast as Craig Carter on Here's Lucy, a TV series role he would play for three seasons. Desi's face was seen on every movie magazine and tabloid paper, as his social exploits made unfortunate headlines. Highly intelligent, incredibly handsome, seemingly self-assured, and brimming with talent, Desi lived the high life that included alcohol, drugs, and romances with some of the most beautiful women in Hollywood.

At the same time, Desi embarked on a series of commercial and critical successes on both the big screen and TV. Red Sky at Morning (1970), established Desi as a young leading man to be reckoned with. For his professional successes he won the Golden Globe Award as most promising male newcomer. TV movies like, Mr. and Mrs. Bo Jo Jones (1971), The Voyage of the Yes (1972), She Lives! (1973), Having Babies (1976), Flight to Holocaust (1976), To Kill a Cop (1978), Gridlock (1980), and The Night the Bridge Fell Down (1983), provided Desi with a wide range of acting roles. Desi's only other TV series, Automan (1983-84) was a quirky but well-done science fiction series that cast Desi against type as a nebbish scientist. By this time, Desi's party life had developed into a compulsive disease involving drugs and alcohol.

He was believed to be the biological father of Patty Duke's oldest son 'Sean Astin' until the two men developed a friendship and agreed to blood testing in the 1990's. He married Linda Purl in 1980 and was divorced the following year. Desi reached bottom, and sought help through twelve-step programs and the teachings of Vernon Howard, for whom he later became a spokesperson. Eventually, Desi retired from show business and settled in Boulder City, Nevada. He married Amy Barghell in 1989 and has one stepdaughter, Haley. His wife, Amy died January 23, 2015, at the age of 63 from a long battle with cancer.

Desi has starred in many television shows, plays and movies, including "The Mambo Kings", in which he portrayed his father. He and his wife, Amy, own and operate the non-profit Boulder City Ballet Company which stages a variety of musical and community productions.

Between 1998 and 2010, he reformed his band, Ricci, Desi & Billy. This newly formed musical group features original material as well as the songs of 60's when they were a musical teen sensation Dino, Desi & Billy, of which Desi and Billy Hinsche were founding members. Ricci Martin (Dean Martin's youngest son) is Dino's younger brother. Dino Martin, Desi Arnaz, Jr. and Billy Hinsche were the preteen heartthrobs of the middle to late 60's. Although the fact that their parents were famous did help them to get started, it was their talent that kept them going.